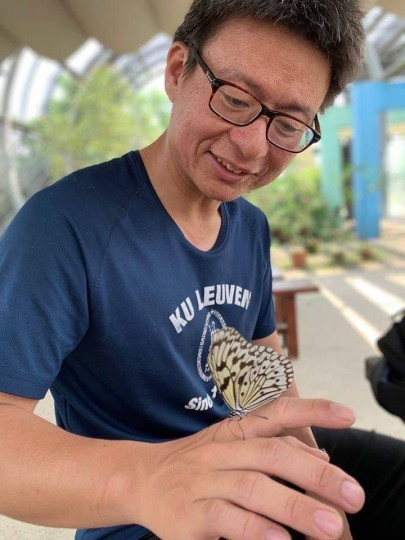 Dr. Chih-Hsien Huang was born in Taichung City, Taiwan in 1981. He received the bachelor’s and master’s degrees in Department of Electrical Engineering, National Cheng Kung University, Tainan City, Taiwan. He got his Ph.D. Degree in Electrical and Computer Engineering in Texas A&M University, College Station, Texas, USA in 2015.

From 2005 to 2010, he worked for Industrial Technology Research Institute, Tainan, Taiwan as a Research and Development Engineer. In 2010, he was a Research Assistant in the Department of Electrical and Computer Engineering at Texas A&M University. From 2015-2016, he worked as Research, Design and Development Engineer in Baker Hughes Incorporated, Houston, Texas. In 2017 and 2018, he held a postdoctoral position at IMEC, Belgium. Dr. Huang is currently an Assistant Professor in the Department of Electrical Engineer at NCKU. His research interest includes design, simulation and characterization of acoustic MEMS devices such as pMUT, MEMS acoustic mirror and photoacoustic transducer. Besides, he also worked on Acoustic Tomography with 2D ultrasound transducer array for NDT. He has published about 40 papers on International journals and proceedings of peer reviewed conferences along with 10 Patents (US, CN, TW).

About his speech „Development of ultrasonic applications and transducers“

Ultrasound systems had been applied to daily life and industry for years. Recently, the progresses on semiconductor and MEMS technology have dramatically improved the computational capability and efficiency of ultrasonic devices. Various state-of-the-art ultrasonic applications have been investigated. In this talk, the speaker would introduce the latest ultrasonic devices and systems based on his research experience. 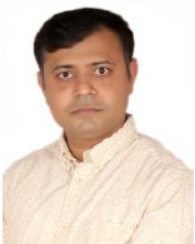 The need of high-speed and energy-efficient wireless connectivity has stimulated vast research efforts on developing new wireless communication technologies. Among many candidate solutions, reconfigurable intelligent surface (RIS) has been proposed as an attractive technique to fulfill the increasing need of green communications, thanks to the recent advances on metamaterials and microelectromechanical systems (MEMS). A RIS is a meta-surface equipped with integrated electronic circuits that can be programmed to adjust an incoming electromagnetic field. In this way, a RIS acts as an artificial scatter that constructively or destructively reflect the signal transmitted over the air can be reflected in a controlled manner with very low power consumption. Besides, a RIS can be implemented using low-cost hardware and easily integrated with existing infrastructure. These salient features of RIS creates additional degrees of freedom to combat severe signal attenuation or even blockage commonly encountered in wireless communications. For example, a RIS can be flexibly attached on the wall of a building or mounted on the top of the roof in a cost-effective manner. Some initial studies have confirmed the superiority of RIS over current solutions of green communications and envision massive deployment of RIS in sixth generation (6G) communication systems. While RIS is promising for future wireless networks, there remain numerous challenges to overcome before it can be successfully implemented in the real world.